Celebrating Photoshop’s 30th Anniversary and Beyond

Thirty years ago on February 19, 1990, Adobe released Photoshop 1.0, which, in a short time revolutionized the photo editing business and the professional life of many of us.

But how did they get there? What’s happened before?
Let me tell you the history of those who laid the groundwork for this revolution, along with a fun anecdote about my first experience with Photoshop.

Most of the people think that anything started with Apple. This is not true. The pioneer was Adriano Olivetti, a visionary Italian entrepreneur, and innovator. His business thrived on the idea that profit should be reinvested for the benefits of the whole society.
Although Olivetti was a tech company, he belived in hiring a diverse workforce, so his top executives about half had a technical background while the other half came from the humanities or the arts along with the best designers of the time.

Typewriters were the core business of the company that soon powerfully jumped on advanced technology.
The most significant steps were the very first personal computer in 1959, the Olivetti ELEA 9003, designed by Ettore Sottsass. the desktop computer in 1965 and the conceptualization of the icons. 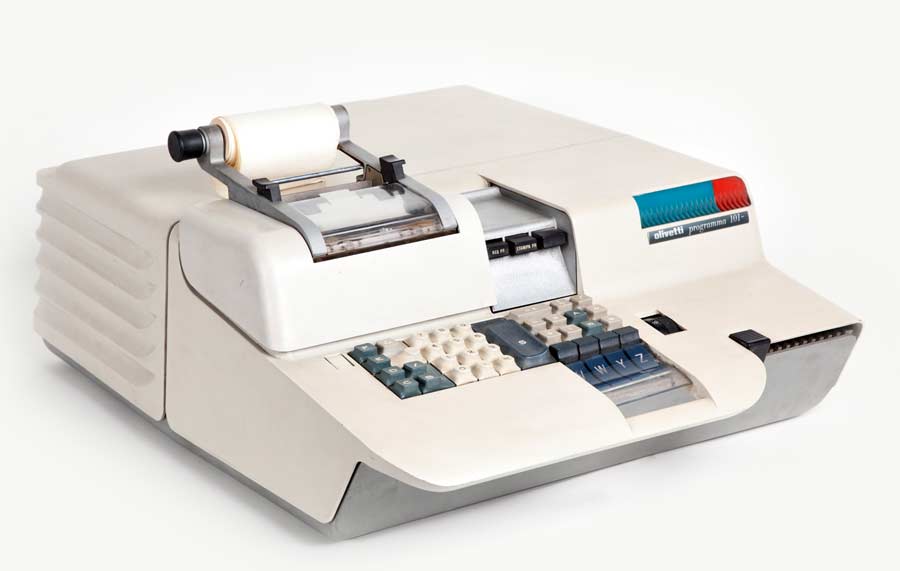 The launch took place at the New York World Fair on October 15, 1965, and the success was sensational.
The computer was small enough to sit on a table and the calculation power was huge. The price was incredibly low for the time: $3200.
The New Your Journal American wrote: We may see a computer in every office even before there are two cars in every garage.

NASA bought 42 machines, so the calculation of the Apollo Program and Moon Landing were made with it. So Programma 101 was named “The Calculator That Helped Land Men on the Moon“.
You can read here a selection of enthusiastic comments of the US press.

The calculator’s technical features inspired imitation: Hewlett-Packard was sentenced to pay Olivetti  $900,000 in royalties because of similarities between the architecture and the magnetic cards of the HP 9100 programmable calculator series and those of the Programma 101. Source.

But, who invented the icons?

Again, Olivetti was at the forefront.
Rather than translating the computer’s commands and abbreviations from Italian into English, French, or German, the company devised a bold solution. It commissioned the Ulm School of Design, one of the most progressive design centers at the time, to develop a system of symbols that would be independent of anyone’s language. Although the resulting sign system was never used in the ELEA series, it prefigures today’s widespread use of icons in computer interfaces. Source.

If now we have the icons (and the mouse) is because in 1979 Steve Jobs visited the PARC and commented that “Xerox didn’t realize to be sitting on a gold mine”.
For someone it was “the biggest robbery in the history of computer science”, but that visit was authorized by Xerox that was starting a partnership with Apple. 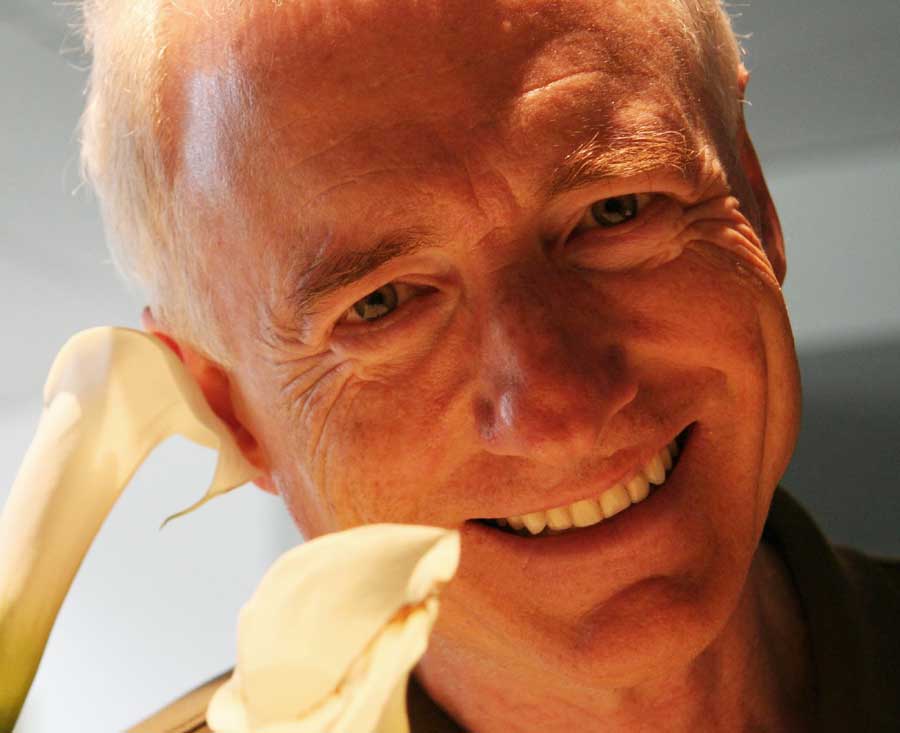 Larry Tesler was an American computer scientist who worked on the field of human-computer interaction.
His motto is “what you see is what you get”.
At Xerox Palo Alto Research Center, he developed the idea of copy and paste functionality and the idea of modeless software.

With this idea in mind, he further developed the concept of icons and interface in general, and mouse. However, Xerox was not interested in developing such projects, that was caught on the fly by Steve Jobs, after a visit to the PARC.

Later Mr. Tesler moved to Apple to work on the Apple Lisa and the Apple Newton.

Steve Jobs was the one who capitalized and put into practice all the ideas we have talked about so far.
Apple Lisa and especially the Macintosh, revolutionized the personal computer.

After the Macintosh, launched in 1984 all the other technologies immediately became obsolete. A new era began and finally, there was a system ready for the brilliant ideas of the Knoll Brothers. 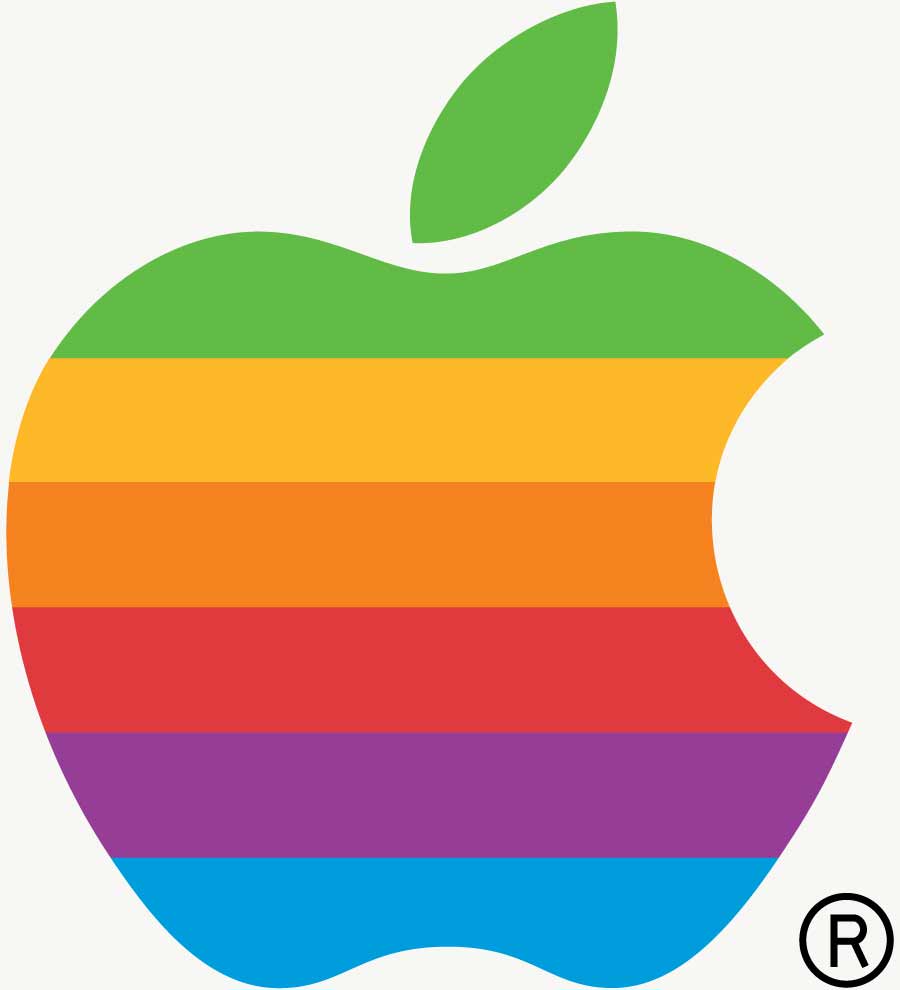 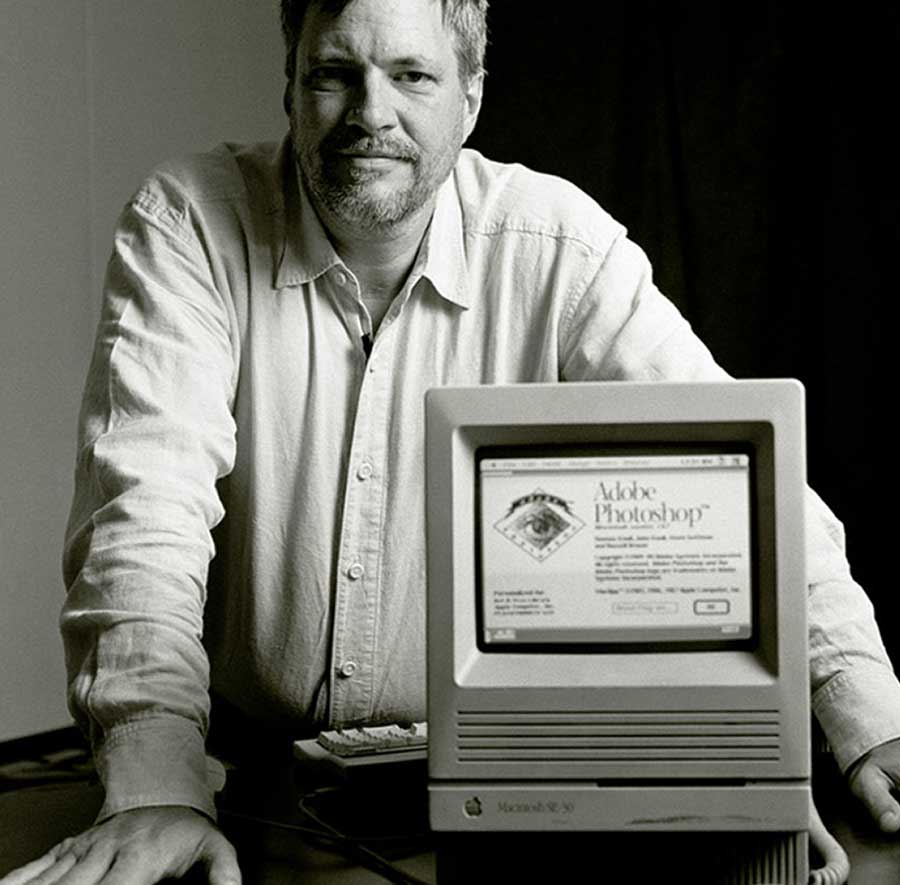 The revolutionary software was developed in 1987 by two brothers Thomas and John Knoll, who sold the distribution license to Adobe Systems Incorporated. In late 1988 the first 200 copies of a sort of Photoshop beta were released bundled with the Barneyscan slide scanner.

Thirty years ago on February 19, 1990, Adobe released Photoshop 1.0, which shortly revolutionized, or rather invented Photo Editing.

Working in Photoshop 1.
Enjoy this splendid post by Chris Reilly

My first approach to Photoshop

I was visiting a friend, and he was retouching an image using Photoshop’s clone stamp tool. I was shocked and thought: this one must be mine!

To start, I bought a Macintosh Pro 9600, and a few months later, one of the first laptops, the “Wallstreet.” There were three models in the range. I opted for the basic one that priced around $3.000 with a 2GB hard disk.
As a first test, I started retouching an image using the clone stamp tool. After ten minutes, sad, I said to a colleague: “it’s slower than expected.” I didn’t realize that by mistake, I was duplicating the base layer again and again, and the total weight of the file was 800MB.
Do you realize? With a 2000MB hard disk containing the operating system, Photoshop and other applications, an 800MB file and its PS scratch memory, it still worked! 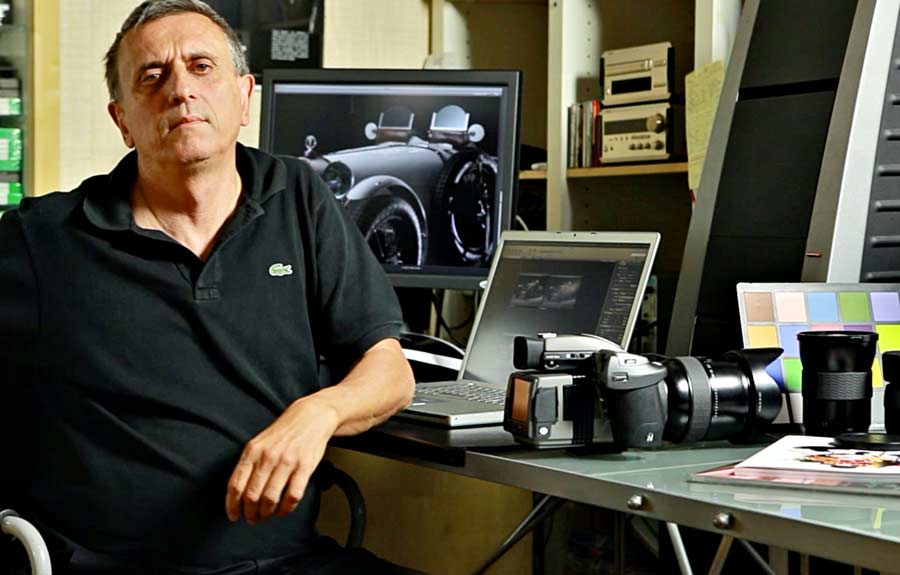 Olivetti Programma 101 Wikipedia
The Calculator That Helped Land Men on the Moon
U.S. Press Coverage for the “Programma 101” in 1965