How to shoot technical products

This is the third lesson on the professional photo shooting for Manfrotto. Practical lessons, referring to real works. You will learn how I took pictures that probably you know well and professional techniques in different fields. Here you will see the making of the shooting for the new Manfrotto Campaign 2010. 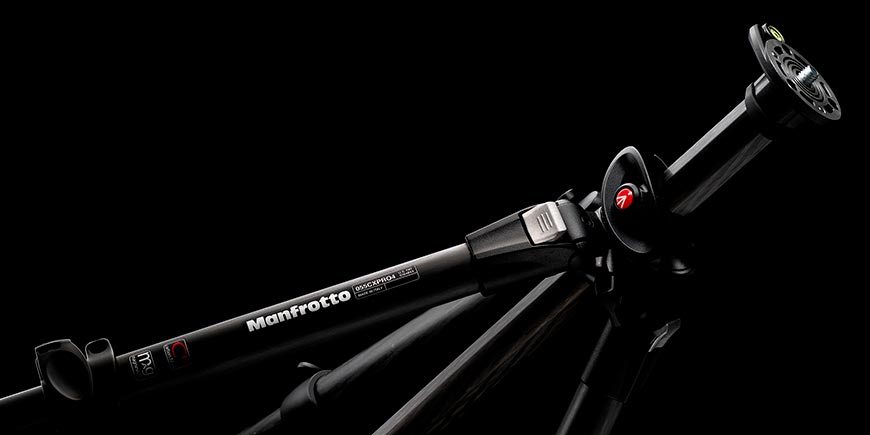 Twenty years to set a style

From the last twenty years, I’ve been shooting for Manfrotto. Year after year this pictures have created a very familiar look, and they seem to be shot “like a tripod.” Now, in the world over, tripods and photographic equipment of this kind are photographed in exactly this same way. This is called “the Manfrotto style.” In this lesson, I would like to present you some of the most popular images I did for Manfrotto, but the guest star will be the shooting for the last Manfrotto Ad Campaign with the backstage and the “making of.” 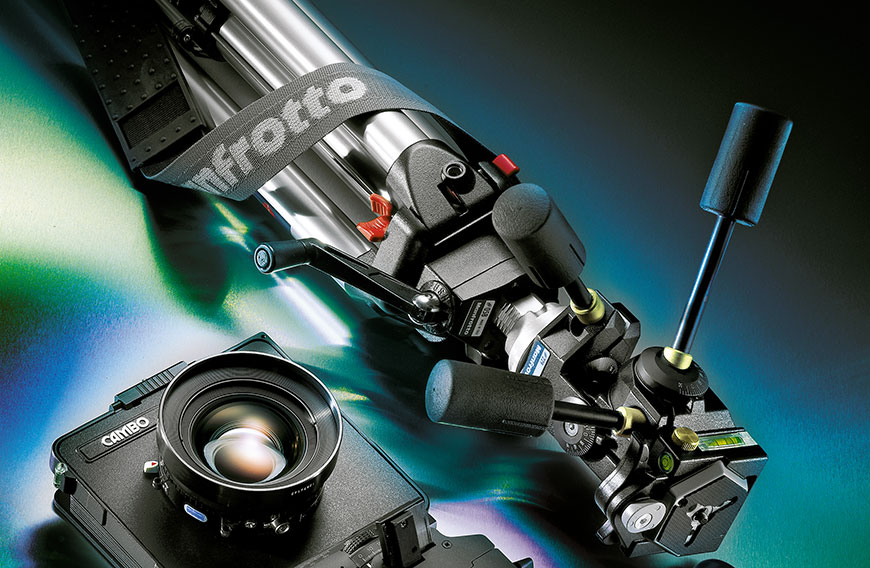 Above, my first popular photograph for Manfrotto. Below the last one.

Year after year I developed my technique using spot fresnel lights and light and handy aluminum frames with a frost. The best for light transmission is the Lee Filters 216. This couple of tools allows me an exceptional control and give me a flexible light, smooth and sharp at the same time.
If you look at the video, you can see how I obtain this tonal passages of my pictures.
I also developed a very straight way to shot the products with a very natural perspective. I also began to use the so-called “ghost effect” to show the movements of the heads and the tripods 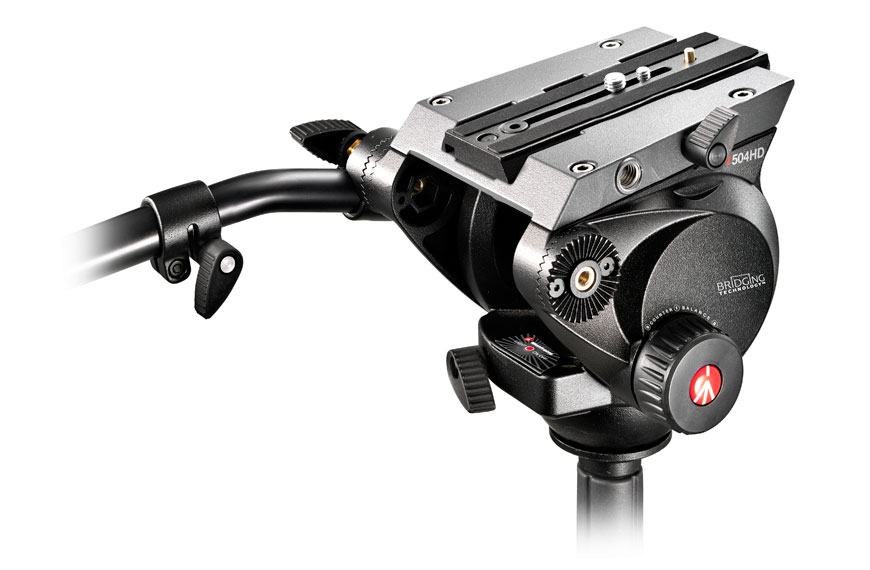 In the same session, I took the picture for the 504HD video head for the last campaign, currently on the first page of all the Manfrotto Web sites shown below. 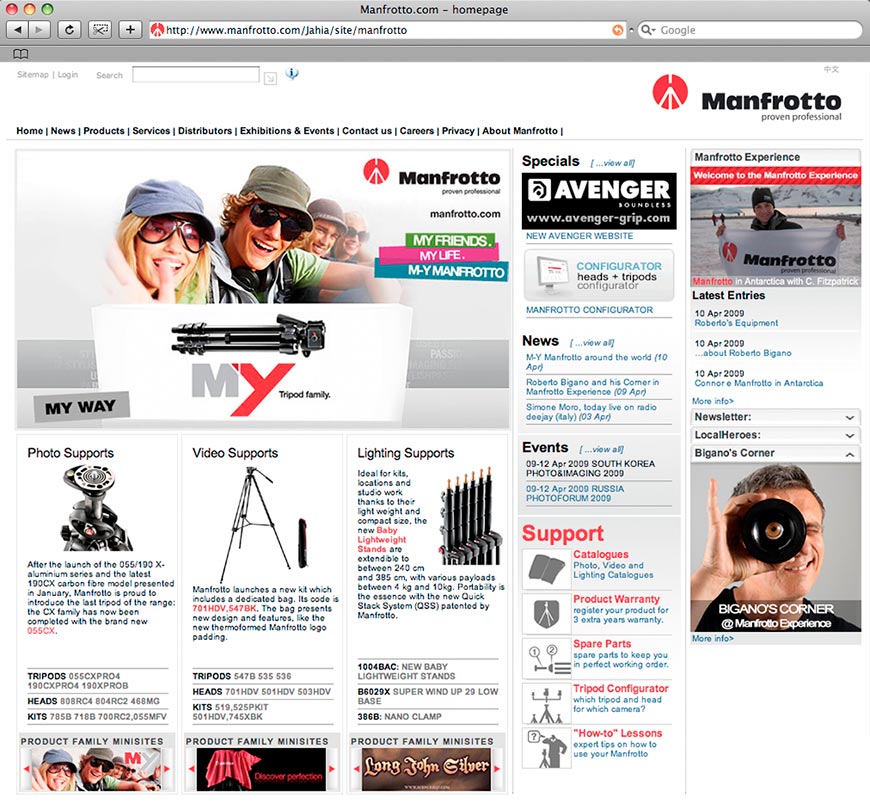 In fall 2009 Manfrotto, leader in photo and video professional support, launched a corporate ad campaign on its brand, featuring the Manfrotto logo, and the company’s flagship products.
The agency chosen for the job was the Italian Claim Advertising, while the photographer called in to capture the flagship products was Roberto Bigano. The session took place at Francesco Parolin Studios at Bassano del Grappa

All Photographs by Roberto Bigano & Andrea .

Peeking Behind The Scene

To let you catching the backstage glimpse, we publish here some rough videos. With small variations, this is the set I use for most of my Manfrotto Shots.
I want to underline that although we could get any stand or accessory, we put you in a situation similar to an average studio.
So you will see an Avenger Grip placed on a standard stand instead of a C Stand etc.

Pietro is trying the Figrig with Canon D5 MarkII

Pietro Bianchi, a talented young photographer, and videographer of my staff trying here for the first time the Figrig.
The result even if could be improved is absorbing.

The designed and engineered by the famous film director Mike Figgis is a circular frame with a crossbar to mount most mini DV  cameras or Photo Cameras, the Fig Rig becomes part of the body to produce smooth, steady traveling shots.

In this video, you can see how I make the fine tuning of the light using the Lee Filters 216 frost placed on Multitube frames and the Avenger flags also with 216 frost, the Century Stands, and the Avenger Grips