Based on a brand new concept VitaminBW create one black and white version with rich and brilliant tonal gradations. “Triple Tone” option with one click, serves you on a silver tray three different tonal versions, all in a single Photoshop document to choose the best or blend two or more. VitaminBW will dramatically change your approach to black & white conversion.

Brilliant and rich gray tones based on a totally new concept. Get three different tonal versions with one click. Basic and advanced B&W editing made easy

A Black & White Converter with brilliant and rich gray tones based on a totally new concept. Get a choice three different tonal versions with one click, compare or blend them.

The Vitaminized Basic Conversion with rich and brilliant tonal gradations. The conversion comes grouped with a flat layer to tweak the contrast and a mask to correct any unwanted halo.

The Core feature of VitaminBW. Get three tonal versions with one click. Choose one or blend two or more versions with unparalleled results. A quick jump to advanced b&w conversion techniques

A full range of great color filters, starting from the Red, the crazy horse of tonal conversion, with the best and the worst of anything. All filtered layers come with a neutral layer to tweak them.

Change the tint of your image: cold, warm or mixed. Our algorithm preserves the highlights to obtain more pleasant color and tonal contrast. You can decrease or saturate the hue. 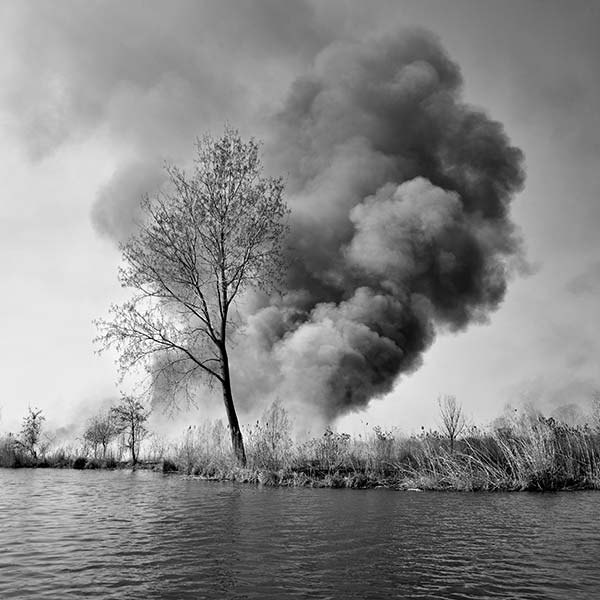 To further understand how VitaminBW works we suggest you download the sample file containing all the versions.
Play with layers opacity and masks to appreciate the versatility and the power of Triple Tone.

Check out all the delicate additional tonalities of the sky in the orange version that was not possible to show in the screencast.
Paint on the mask of the blue layer to touch with your hands the unbelievable improvement of the foliage that is not achievable in any other way.

Here below an example of how Triple Tone works on a beauty file. Open the toggle content to read more.
Manually navigate back and forth using the keyboard  left/right arrow keys or swipe on devices.

So VitaminBW proposed you three different tonal variations. A default one, already very good, one with an exotic look and with beautiful orchids and one very sweet, with a very nice skin rendition. It’s up to you and your creativity to get the most out from this versions.

Single and triple tone examples. To help you to understand how Vitamin BW works we added the Photoshop layers.
Manually navigate back and forth using the keyboard  left/right arrow keys or swipe on devices. 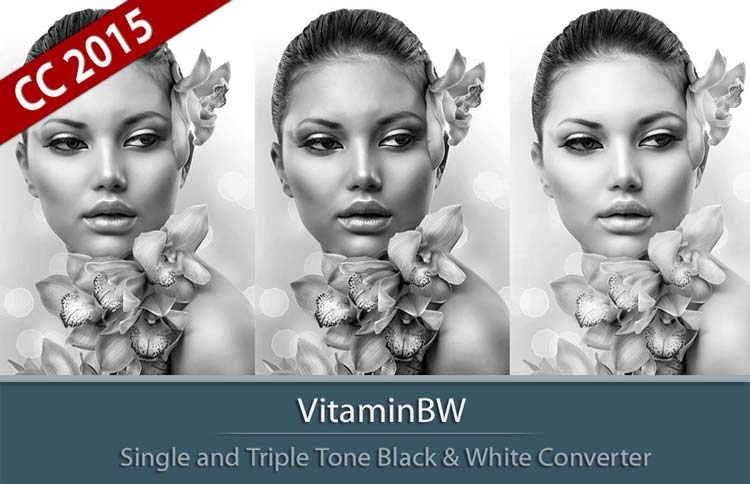 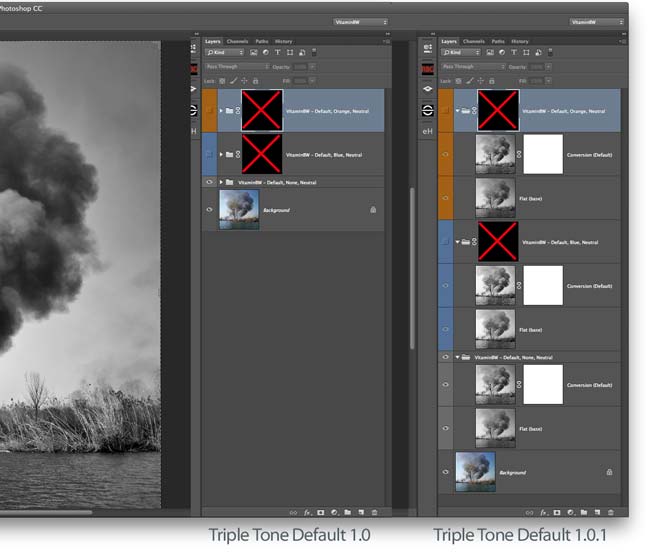 VitaminBW: a Steady Path to Black-and-White >
By Marco Olivotto

…I’ve downloaded it and I LOVE it! This is fantastic!! I was so excited to use Vitamin BW that I purchased a PSCC subscription just so I could try it out…

VAT Added to EU Customers Only

The Triple Tone feature by VitaminBW dramatically changes the approach to black & white conversion. It’s a triple jump forward. This article explains why.

VitaminBW: a Steady Path to Black-and-White

Black-and-white is pleasure and pain for any photographer – even those who don’t actually use it. About six months ago I stumbled into an interesting technique to convert a color image to B&W and wrote an article about it: it was Gorman-Holbert’s method. Such article spawned two more, one of which further expanded this technique.